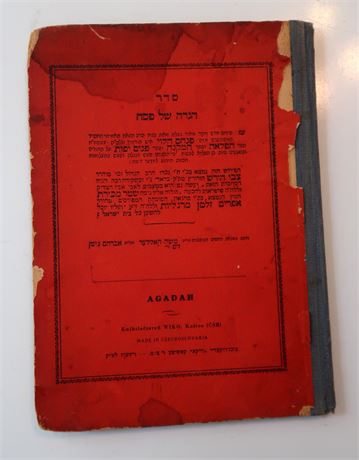 Haggadah with the commentary of R. Phinehas ha-Levi Horowitz.

R. Phinehas b. Zvi Hirsch Ha’Levi Horowitz (1730–1805), was born in Czortkow, Poland, where his father was rabbi. He studied first under his father and then under his two brothers, R. Nahum (introduction to the Shevet Ahim) and R. Samuel Shmelke Horowitz, later rabbi of Nikolsburg. During that period the two brothers were attracted to the circle of R. Dov Baer of Mezhirech and paid him visits, first in Mezhirech and then in Rovno. As a result of these visits he made the acquaintance of R. Shneur Zalman of Lyady, the founder of Chabad.