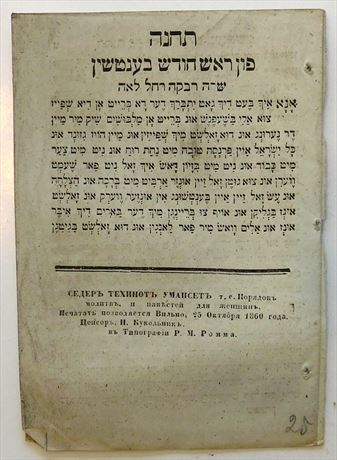 Prayers in Yiddish for mothers and women to recite prior to blessing the new month.