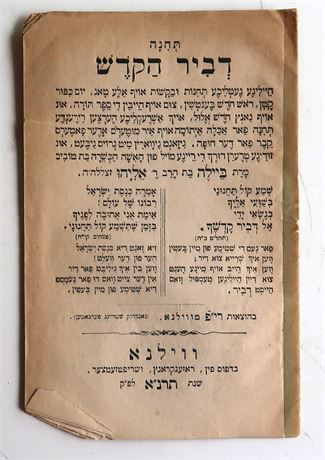 Year round Tehinnah in Yiddish for mothers and women to recite prior at any time by Baila daughter of R. Elijah.