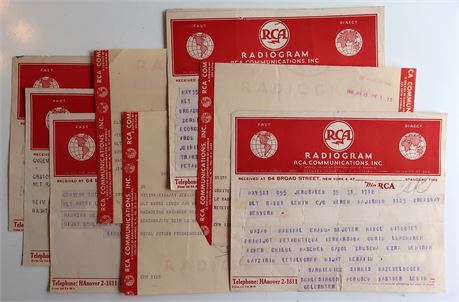 Agudat Israel (Union or Association of Israel) is a world Jewish movement and political party seeking to preserve Orthodoxy by adherence to halakhah as the principle governing Jewish life and society. The ideal on which Jewish life should be modeled, in the view of Agudat Israel, is embodied in the social and religious institutions, the way of life and mores, that obtained in the Diaspora centers in Eastern and Central Europe in the 19th century. Its geographical and linguistic orientation made it automatically a purely Ashkenazi movement. The formation of an organized movement and political party to achieve these aims was itself an innovation. It was deemed necessary to present a viable counterforce to the advances made by assimilation and Reform trends, and by Zionism, the Bund, and autonomism in Jewry. The establishment of a movement was discussed in 1909 by members of the German group, but internal dissension in the Orthodox camp delayed it for three years. The final impetus was given when the tenth Zionist Congress decided to include cultural activities in its program, thereby recognizing a secular Jewish culture coexistent with the religious. Some members of the Mizrachi party left the Zionist movement and joined the founders of Agudat Israel in an assembly held in May 1912 at Kattowitz in Upper Silesia.

Agudat Israel was constituted of three groups reflecting German neo-Orthodoxy, Hungarian Orthodoxy, and the Orthodox Jewries in Poland and Lithuania. These differed in political and social outlook, and in their opinions on cultural and organizational matters. A major divergence was the attitude to general European culture, society, and mores, which German Orthodoxy accepted. They also disagreed about whether to remain part of the main Jewish communal unit or to form separate Orthodox communities, and whether Jews should adopt the language of the state or adhere to Yiddish. Their attitude toward Zionism was also a moot point. Branches of Agudat Israel were established throughout the Ashkenazi world. Later it developed a youth movement (Ze'irei Agudat Israel) and a women's movement (Neshei Agudat Israel) in several countries. In Germany the "Ezra" youth movement was affiliated with it. The labor movement that formed within Agudat Israel separated from the parent body after disagreement on national, social, and religious issues. Within its ranks, Agudat Israel presented a spectrum of the attitudes which had influenced its creation. Particularly acute was the question of secular education. Some of the initiators of the Kattowitz conference tried to achieve a synthesis by formulating the principle: "The East shall give of its Torah learning to the West, and the West of its culture to the East," Western culture referring to the Western European, German-style, middle class type. This program was contested sharply by the Eastern European sector of Agudat Israel, who claimed that the only plausible basis for unity was maintenance of the status quo; each group should retain its way of life without change. This solution was contained in 18 clauses presented by R. Hayyim Soloveichik, rabbi of Brest-Litovsk, as a condition of the participation of Polish and Lithuanian rabbis in the movement.

The urgency of the telegrams needs to be studied. This writer feels that the Israeli division was looking to milk the American division for every dollar they could extract. The money was to be used for the support of Holocaust orphans residing in various camps. Overall the organization has in recent years strayed from the original goals set forth in Marienbad and subsequent assemblies.