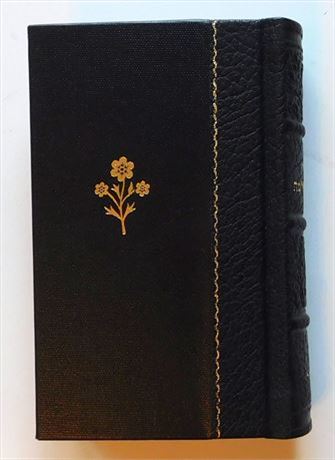 The editor of this volume, R. Solomon Zalman b. Moses Raphael London (1661–1748), was born in Nowogrudok (Lithuania). Between 1709 and 1735 he published and sold books in Amsterdam, London, and Frankfort on the Main. He is best known for Kohelet Shelomo (1722), a devotional handbook which included occasional and domestic prayers and benedictions together with ritual laws and instructions both in Hebrew and Yiddish. It became popular in Western Europe and was reprinted many times, including later editions in which the Yiddish was replaced by German (cf. the Ger. ed. of 1919 (?) and that by A. Sulzbach, 1908). Kohelet Shelomo also contains a Passover Haggadah with R. Leone de Modena's commentary Zeli Esh. This Haggadah also appeared separately (1733) and was reprinted several times. Hinnukh Katan, a small Hebrew-Yiddish vocabulary, was added to some of the editions. R. London's Zokher ha-Berit (1714), which followed the same lines, detailed the ceremonies and laws of circumcision and redemption of the firstborn, with Yiddish translation. He also published a siddur, according to the German-Polish rite, under the title Tikkun Shelomo (1712, 1733, often reprinted), with Yiddish text added; it included the Tikkunei Shabbat of R. Isaac Luria. R. London prepared a number of ethical and halakhic compendia by various authors, providing a Yiddish translation. These included such works as Orhot Zaddikim (author unknown, 1735); R. Jonah Gerondi's (13th century) Iggeret ha-Teshuvah (1742); and R. Isaac b. Eliezer's (15th century) Sefer ha-Gan (1747).

Tikkunei Sabbath are Sabbath hymns by R. Isaac b. Solomon Luria (1534–1572), kabbalist, referred to as Ha-Ari ("the [sacred] lion" from the initials of Ha-Elohi Rabbi Yizhak, "the divine Rabbi"). This cognomen was in use by the end of the 16th century, apparently at first in kabbalistic circles in Italy, but R. Luria's contemporaries in Safed refer to him as R. Isaac Ashkenazi, R. Isaac Ashkenazi Luria. His father, a member of the Ashkenazi family of Luria from Germany or Poland, emigrated to Jerusalem and apparently there married into the Sephardi Frances family. As he died while Isaac was a child, his widow took the boy to Egypt where he was brought up in the home of her brother Mordecai Frances, a wealthy tax-farmer. Traditions concerning R. Luria's youth, his stay in Egypt, and his introduction to Kabbalah are shrouded in legend, and the true facts are difficult to distinguish. Contradicting the widely accepted belief that he went to Egypt at the age of seven, is his own testimony recalling a kabbalistic tradition which he learned in Jerusalem from a Polish kabbalist, R. Kalonymus (see Sha'ar he-Pesukim, para. Be-Ha'alotekha).

In Egypt, R. Luria studied under R. David b. Solomon ibn Abi Zimra and his successor, R. Bezalel Ashkenazi. R. Luria collaborated with the latter in writing halakhic works such as the Shitah Mekubbezet on tractate Zevahim, which according to R. Hayyim Joseph David Azulai was burned in Izmir in 1735. Their annotations of some of R. Isaac Alfasi's works were printed in Tummat Yesharim (Venice, 1622). As well as religious study, he also engaged in commerce while in Egypt as attested by documents in the Cairo Genizah. A document relating to his business in pepper dating from 1559 had been published by E. J. Worman (REJ, 57 (1909), 281–2), and a second, relating to grain, by S. Assaf (Mekorot u-Mehkarim (1946), 204). Assaf connects this with R. Luria's sojourn in Safed, but there is no doubt that it was written in Egypt. The entire document is in R. Luria's handwriting, the only extant specimen to date. This material supports the evidence of Jedidiah Galante (in R. Leon Modena's Sefer Ari Nohem, ed. by S. Rosenthal; Leipzig, 1840) that, like many of the Safed scholars, R. Luria conducted business in the town; three days before his death he made up his accounts with his customers. Many of the scholars of Safed similarly engaged in business activities.

While still in Egypt, R. Luria began his esoteric studies and retired to a life of seclusion on the island Jazirat al-Rawda on the Nile near Cairo. This island was owned by his uncle, who in the meantime had become his father-in-law. It is far from clear whether this retirement, which is reported to have lasted for seven years, took place in his youth at the beginning of the 1550s or when he was older. Legend antedates it considerably. In 1558, R. Luria endorsed a halakhic decision jointly with R. Bezalel Ashkenazi and R. Simeon Castellazzo. In his mystic study, he concentrated on the Zohar and works of the earlier kabbalists, and of the works of his contemporaries made a particular study of R. Moses Cordovero. According to evidence dating from the end of the 16th century, it was during this initial period of kabbalistic study that he wrote his single work, a commentary on the Sifra di-Zeni'uta ("Book of Concealment"), a short but important section of the Zohar (published in R. Vital's Sha'ar Ma'amrei Rashbi). In Egypt he met R. Samuel ibn Fodeila, a kabbalist, to whom R. Luria wrote a lengthy letter on kabbalistic topics. Here he refers to his own book and asks him to examine it in his brother's house, evidently in Egypt. In 1569, and perhaps at the beginning of 1570, he settled in Safed with his family and studied Kabbalah with R. Cordovero for a short time. Some of his glosses on passages of the Zohar were evidently written while R. Cordovero was still alive and some after his death, since R. Luria refers to him both as "our teacher whose light may be prolonged" and "my late teacher." On the other hand, he had already begun to impart his original kabbalistic system to a number of disciples in Safed, among them distinguished scholars. After R. Cordovero's death at the end of 1570, R. Hayyim Vital drew particularly close to Luria, becoming his principal and most celebrated disciple.

R. Luria may have gathered around him in Safed an academy whose members engaged in exoteric and esoteric studies. The names of some 30 of his disciples are known. R. Vital confirms (in the manuscript on practical Kabbalah, holograph in the Musajoff collection, Jerusalem) that a week before his preceptor died they had been studying the tractate Yevamot. He also gives some information about R. Luria's system of study in the non-mystical parts of the law. R. Luria occasionally delivered homilies in the Ashkenazi synagogue in Safed, but generally refrained from religious teaching in public. On the other hand, he often took long walks with his closest disciples in the neighborhood of Safed pointing out to them the graves of saintly personages not hitherto known, which he discovered through his spiritual intuition and revelations. At this period, he had already become famous as a man who possessed the "holy spirit" or received the "revelations of Elijah." He taught his disciples orally, instructing them both in his original system of theoretical Kabbalah, and also in the way to communion with the souls of the righteous (zaddikim). This was accomplished by "unification" of the Sefirot and exercises in concentration on certain of the divine names and their combinations, and especially by means of kavvanah, i.e., mystical reflection or meditations in the act of prayer and the fulfillment of religious precepts. He himself wrote down little of his teaching, apart from an attempt to provide a detailed commentary on the first pages of the Zohar and glosses on isolated passages. These were collected from his autographs by Vital and assembled in a special book, of which a number of handwritten copies are extant.

Printed by Anton Schmid, a Christian publisher of Hebrew books was born at Zwettl, Lower Austria, Jan. 23, 1765; died at Vienna June 27, 1855. His father, an employee of the convent, destined him for the clerical career, and with this view Anton received a collegiate education at the convent. He continued his studies at the Zwettl seminary in Vienna to prepare himself for the university, but, declining to become a clergyman, he had to leave the institution. In 1785 he entered as an apprentice the establishment of the court printer Kurzbeck. Schmid attended the Oriental academy, and in consequence was assigned to Hebrew typesetting, for which he had a great predilection. Having become acquainted with Jewish scholars and booksellers and with the wants of the Hebrew reading public, he bought from Kurzbeck his Hebrew types in order to establish himself as a printer and publisher; but through the intrigues of the Vienna printers he was unable to obtain from the government the requisite permission to pursue that calling. Thereupon he presented a petition to Emperor Francis II., who granted him the privilege on the condition that he would present a copy of each book printed by him to the imperial library. Schmid's great success soon enabled him to buy Kurzbeck's entire printing establishment. In 1800 the government prohibited the import of Hebrew books, to the great advantage of Schmid, who without hindrance reprinted the works issued by Wolf Heidenheim in Rödelheim. The printing was under the supervision of Joseph della Torre and afterward of his son Adalbert, and Schmid became more and more prosperous. By the year 1816 he had presented to the imperial library eighty-six works comprising 200 volumes; and his great merit was acknowledged by a gold medal from the emperor. He then enlarged his establishment, printing Arabic, Persian, and Syriac books also, and upon the donation of 17 new Oriental works in 44 volumes to the court library he received a title of nobility. A few years later he made a third donation of 148 works in 347 volumes, presenting a similar gift to the Jewish religious school of Vienna. His son Franz Schmid took charge of the establishment in 1839, and sold it to Adalbert della Torre in 1849. Among the principal works published by Schmid were the Hebrew Bible with German translation and the commentary of the Biurists, the Talmud, the Hebrew periodical "Bikkure ha-'Ittim," the works of Maimonides, and Jewish prayer-books and catechisms.