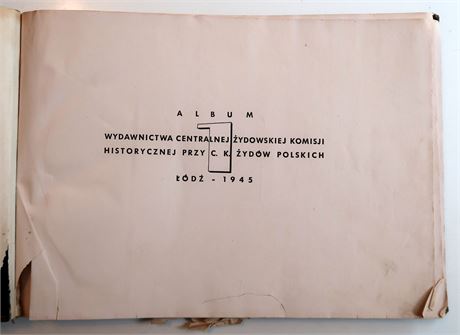 RARE multilingual photographic album published in Poland shortly after the end of World War II, when relatively little was known on the magnitude of the genocide perpetrated upon the European Jews. This album contains a short introduction, and 252 b&w photographs of shocking footage from the Jewish settlements at the onset of German occupation, the ghettos into which they were later crowded, and finally photographs of the atrocities committed in the forced labor camps and the extermination camps. Another section of the book is dedicated to the Jewish partisan movements. The photographs were mostly taken as mementos by German soldiers, and are still as shocking today as they were in 1945. The introductory text and the image captions are in Polish, Russian, English, French, Yiddish and Hebrew.