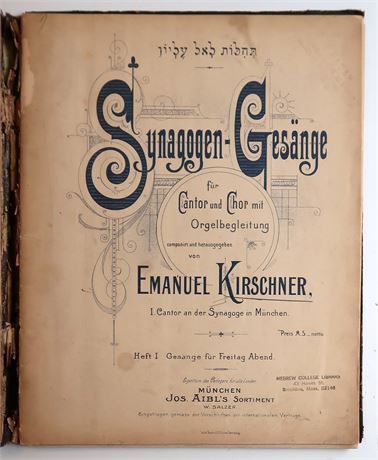 Emanuel Kirschner (1857–1938), German ḥazzan and composer. Born in Upper Silesia, Kirschner became a music student at the Jewish Teachers' Training College, Berlin, in 1874. In 1877 he taught in the Berlin Jewish community's school and was appointed assistant ḥazzan in its new synagogue. Four years later he was appointed chief cantor at the Great Synagogue of Munich and teacher in the synagogue school. His principal work Tehillot le-El Elyon ("Praises to the Almighty," 1896) for cantor, choir, and organ, written in four parts, gave prominence to traditional melodies. Kirschner also published studies on various aspects of synagogue music. He died shortly after the destruction of his synagogue by the Nazis.