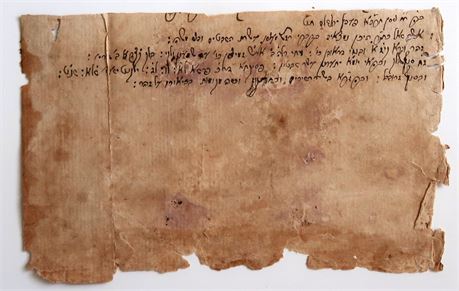 Respone to an inquiry on sources of the 10 Lost Tribes by R. Yosef Zundel of Salant (1786–1866) (also known as Zundel Salant) was an Ashkenazi rabbi and the primary teacher of Rabbi Yisrael Salanter. He provided the spiritual inspiration for his most famous student, Rabbi Yisrael Salanter, the founder of the Musar movement.

Ten Lost Tribes of Israel, 10 of the original 12 Hebrew tribes, which, under the leadership of Joshua, took possession of Canaan, the Promised Land, after the death of Moses. They were named Asher, Dan, Ephraim, Gad, Issachar, Manasseh, Naphtali, Reuben, Simeon, and Zebulun—all sons or grandsons of Jacob. In 930 BC the 10 tribes formed the independent Kingdom of Israel in the north and the two other tribes, Judah and Benjamin, set up the Kingdom of Judah in the south. Following the conquest of the northern kingdom by the Assyrians in 721 BC, the 10 tribes were gradually assimilated by other peoples and thus disappeared from history. Nevertheless, a belief persisted that one day the Ten Lost Tribes would be found. Eldad ha-Dani, for instance, a 9th-century Jewish traveler, reported locating the tribes “beyond the rivers of Abyssinia” on the far side of an impassable river called Sambation, a roaring torrent of stones that becomes subdued only on the sabbath, when Jews are not permitted to travel. Manasseh ben Israel (1604–57) used the legend of the lost tribes in pleading successfully for admission of Jews into England during Oliver Cromwell’s regime. Peoples who at various times were said to be descendants of the lost tribes include the Assyrian Christians, the Mormons, the Afghans, the Beta Israel of Ethiopia, the American Indians, and the Japanese. Among the numerous immigrants to the State of Israel since its establishment in 1948 were a few who likewise claimed to be remnants of the Ten Lost Tribes. The descendants of the tribes of Judah and Benjamin have survived as Jews because they were allowed to return to their homeland after the Babylonian Exile of 586 BC.