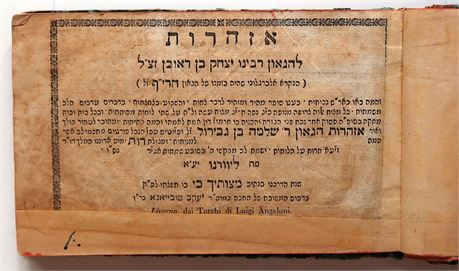 The renowned poet and philosopher, R. Solomon b. Judah ibn Gabirol (c. 102o-c. 1057), was born in Malaga, his great skill as a poet was already recognized when ibn Gabirol was young, and it is for his poetry that he is most widely remembered today. Considered by many the leading religious poet of medieval Spain, many of his piyyutim have been incorporated into the liturgy, including the Azharot, which has been the subject of several commentaries. Ibn Gabirol's secular poems are mostly about love or his own misfortunes. Ibn Gabirol's most important philosophical book, Mekor Hayyim (fountain of Life), was written in Arabic, as were many of his other works. Mekor Hayyim was translated into Latin as Fons Vitae, and as such it exerted a considerable influence on scholastic philosophy, the author being known as Avicebron. Xeoplatonic in outlook, and with few biblical and rabbinic citations, its Jewish authorship was forgotten until, in the 1840's, Solomon Munk discovered a manuscript of extracts made by R. Shem Tov ibn Falaquera in the Bibliotheque Nationale of Paris. Two ethical works are attributed to ibn Gabirol, Mivhar Peninim (Soncino, 1484), this of questionable attribution, and Tikkun Middot ha-Nefesh.