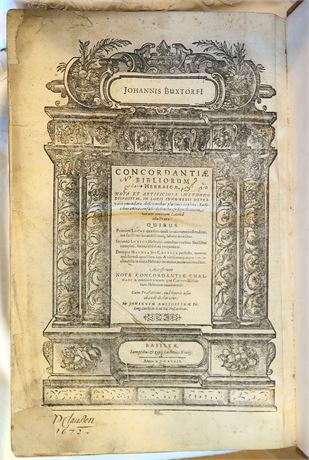 He is known by his work Me'ir Nativ, also called Ya'ir Nativ (Venice, 1523), the first Hebrew concordance of the Bible, compiled between 1437 and 1448. Nathan was familiar with Christian scholarly circles, and more than once engaged in theological polemics with them. He became convinced from these polemics of the need to prepare a Hebrew concordance of the Bible to make it easier for Hebrew-speaking Jews to reply to Christians. He arranged the books of the Bible in the order of the Vulgate (Latin translation). He explained the roots of the words in the most concise language. Verbs and nouns, however, appear in disorder, and he omitted prepositions and formative letters. He also omitted proper nouns and the Aramaic words in the Bible. Christian scholars engaged in the study of Hebrew attached great importance to the work. Mario de Calascio published the concordance a second time (Rome, 1621) together with a Latin translation, in which the defects of the Hebrew edition were remedied. Differences of opinion have arisen about the identity of the author of Me'ir Nativ. The inner title page gives Mordecai Nathan as the name of the author, whereas the introduction is signed by Isaac Nathan. Johannes Buxtorf concluded, therefore, that Mordecai Nathan was also known as Isaac Nathan. I. S. Reggio concluded that the author was Isaac Nathan and that the name Mordecai on the title page was an error. A. Tauber thought that the author was Mordecai Nathan, while the Isaac, who wrote the introduction, was apparently his relative.

Johannes Buxtorf I (1564–1629), Hebraist, professor of Hebrew at the University of Basle. He was also called "the elder," or "the father" (to distinguish him from his son Johannes Buxtorf II). Buxtorf devoted himself to compiling an edition of the Hebrew Bible with the Aramaic Targum, Masoretic Text, and the most important Jewish commentaries. He employed two Jewish scholars for this work. Buxtorf secured the right of residence for the scholars from the Basle authorities, since, at that time, no Jews were allowed to live there. Buxtorf contended that the masoretic vocalization and cantillation marks are of very ancient origin. He also accepted Elijah Levita's conception that the Hebrew canon was the product of Ezra and the men of the great assembly. His Bible research brought him into the field of rabbinical literature, of which he possessed a rich collection. He maintained a correspondence with Jewish scholars in Germany, Holland, and Constantinople, as well as with non-Jewish Hebrew scholars. Many of his letters are preserved at the library of the University of Basle and are an important source for the study of the spiritual conditions of his time. His famous Hebraic library, which was supplemented by his son and grandsons, became part of the Basle Public Library (1705).

Among his most important works are: (1) a textbook of Hebrew (Praeceptiones Grammaticae Hebraicae, 1605), which ran into 16 editions, one of them in English translation (London, 1656); (2) several Hebrew vocabularies and lexicons: Lexicon Hebraicum et Chaldaicum (1607), Concordantiae Bibliorum Hebraicae (1632); Lexicon Chaldaicum Talmudicum completed by his son (1640) which, although unreliable, served for generations as a guide for Christian scholars in their Jewish studies; (3) a catalog of his Hebrew books (with 324 entries); (4) a treatise on Hebrew abbreviations, and (5) a collection of over 100 Hebrew letters of medieval scholars (Institutio Epistolaris Hebraica, 1610). Buxtorf's attitude toward the Jews, as voiced in his work Juden Schuel (1603), was negative. This book enjoyed several editions and was known in its Latin version by the name Synagoga Judaica.