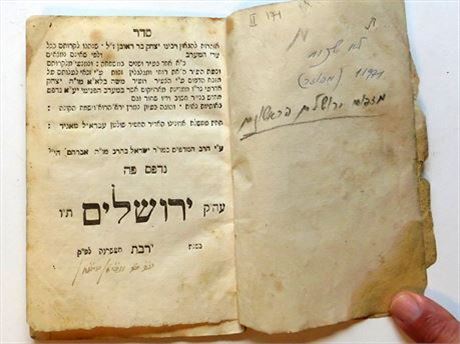 The Isaac Mehlman copy with his note "uncommon" of fly. From the earliest books printed in Jerusalem.