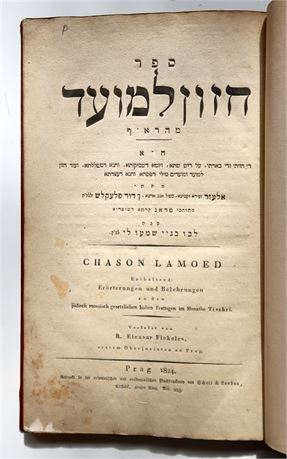 Hazon la-Mo'ed - 14 sermons for the month of Tishri by R. Eleazar b. David Fleckeles. In the introductions to his works, he emphasizes the brotherhood of man and the duty of the Jews toward the Gentiles.